See the Latest at Sly’s The Limit

DUBROVNIK – THE SOUTHERN PART OF THE ADRIATIC COAST

There are so many wonderful and amazing things to do in Dubrovnik Croatia. Every time my family and I visit Croatia we are always discovering new things about the history and beauty of Dubrovnik.

This post contains affiliate links, which means that if you make a purchase through my links, the seller will pay me a small commission for it at no additional cost to you. I am grateful for your support of this site in this way, so thank you!

Dubrovnik, Croatia is a town located at the southernmost part of the Adriatic coast. It is known as one of the World Heritage Sites by UNESCO.

When we visit Croatia, to visit my in-laws, we fly into Ćilipi Airport, in Dubrovnik.  Then we drive up along the coast to Orebić, the Peninsula Pelješac.

The drive takes about 2 hours. We are always amazed by the old architecture, the blue of the Adriatic Sea and the beautiful sceneries. Our heads are always swiveling from left to right.

Related article: Have An Adventure on the Peljesac Peninsula in Croatia

Dubrovnik was founded in the first half of the 7th century (Republic of Ragusa, as it was known then) when Epidaurum was destroyed in the course of an invasion by Slavs and Avars in Dalmatia.

Put your walking shoes because there is no other way to see Dubrovnik then to walk its beautiful cobblestone streets down the Stradun.

things to do in Dubrovnik

The old town is encircled with monumental 1,940 meter long walls. On the mainland side, it is 4-6 meters wide and on the seaside, it is 1.5 – 3 meters wide. In some places even 25 meters high.

The wall is strengthened with three circular and twelve rectangular towers, five bastions, two corner citadels, and a big fortress of St. John. The most monumental amongst towers is Minčeta.

There have been many additions and modifications throughout its history. It has been known to be amongst the greatest fortification systems of the middle ages. They were built to protect the city from hostile enemy forces throughout history,

The Franciscan Monastery is located immediately on the left when you pass through the Pile Gates. It is just before where Stradun starts. The Franciscan church was one of the wealthiest churches in Dubrovnik until the earthquake of 1667 destroyed it.

The large complex holds a monastery, church, library a pharmacy. The monastery was built in 1360 in a Romanesque style.

Luža Square is the center of public life since the oldest times. From that square stretches towards the west the main artery of the town inside walls … Stradun. 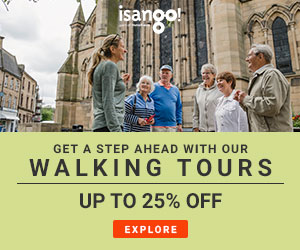 To the east, is the Loggia of Bellringers, the Municipal Belfry, and the Main Guardhouse in front of which, in a niche, there is the Small Onofrije’s Fountain.

Every year there is held a summer festival in the square, from July 10th to August 25th. The festival offers music, theatre, dance, opera, and folklore.

Stradun is the beautiful cobblestone street in the old town that takes to the center of the historic walled city of Dubrovnik. Your eyes will want to capture every inch of the beauty in the town’s history.

I hope you are prepared with a camera because you will be snapping everything you see. From the little outside eateries to the quaint little boutiques. There is so much history in this old historical town.

If you have been a fan of “Games of Thrones“, that is all you see in every other boutique along the Stradun. There are tons of memorabilia of the infamous show. They even have a boutique only for Game of Thrones memorabilia. There is Game of Thrones tours to take for those thrill-seekers.

The Sponza Palace was built in mixed Gothic and Renaissance style from 1516 to 1522. It served as a customs office, mint, state treasury, and the armory.

The Sponza Palace has a special role in the opening of the Dubrovnik Summer Festival. The members of the Council Minor greet the actors that have come to the City to entertain and amuse the public with their music shows and theatre plays.

The baroque church of Sveti (Saint) Vlaho built from 1714-1716. The original 14th Century Romanesque church had been destroyed by fire in 1706. Only the silver statue of St. Blaise was by some miracle saved. St. Blaise has been honored as the patron saint of Dubrovnik since the 10th century.

In the middle of Luža square, you will find Orlando’s Pillar. Some will refer to it as “Orlando’s Column”. The figure of a warrior is carved in stone by Antun Dubrovcan in 1418.

Legend has it that the warrior’s name was Orlando and he helped save Dubrovnik from a 15th-month-long siege. The citizens of Dubrovnik erected this column to express their gratitude.

The Big Onofrio fountain is a 16 sided container with a cupola. In the 14th century, Dubrovnik took great care in supplying a sufficient supply of fresh water.

At first, water was supplied using cisterns that collected rainwater from the rooftops. But in times of droughts, ships would carry freshwater from the springs in Mlini, sell to private consumers or fill up dried up public wells.

In 1436, an aqueduct system was constructed from Šumet, close to Dubrovnik, by builder Onofrio Giordano Della Cava.

The spring water is so refreshing, cold and delicious. It’s better than your best-bottled water.

A smaller version of a fountain was constructed that is situated under the Bell Tower close to the Sponza Palace. It was simply called “Small Onofrio Fountain”.

The baroque Cathedral of the Assumption of the Virgin Mary was built from 1679 to 1713 in the place of the old Romanesque cathedral that was destroyed in an earthquake in 1667.

The cathedral holds many valuable paintings and 182 reliquaries from the 11th to 18th centuries.

The Fortress of St. John (Sv. Ivan) was built in 1346. It was built to protect the entrance of the port which is located on the south-eastern side of the old city town.

The large interior of the St John fortress houses the Maritime Museum and the Aquarium. It was so much fun taking the kids to see the aquarium.

The Lovrijenac Fortress was founded in 1050. It is located atop a high cliff 37 meters above sea level, on the western wall of the city.

It was reconstructed in 1418, 1571 and 1646. In some places, the walls of the fortress are six meters wide. Today, it is one of the most attractive summer stages for plays, like Shakespeare’s Hamlet which has become the symbol of Dubrovnik’s Summer Festival.

On the fortress, you can read the inscription “Non bene pro toto libertas venditur auro” meaning: Freedom is not sold for all gold in the world.

12. The Island of Lokrum

Lokrum is a small island in front of Dubrovnik. It takes 10 – 15 minutes to reach by boat. The area of the island is 0.8 sq.km and is known for its beautiful botanical gardens. In 1023, the citizens of Dubrovnik built a Benedictine monastery with a church.

In 1191, the English King Richard the Lion Heart landed on the island when his ship was caught in a storm on his return from the crusades.

Riding the cable car will give you that much more appreciation for the beauty of the panoramic views of Dubrovnik. You will ride from atop the Srđ Hill down overlooking the old town of Dubrovnik. It was built in 1969 and was used by millions of visitors.

So many places to eat in Dubrovnik. So many options as you stroll along the Stradun. There are pubs, bakeries with delish pastries and cakes, fine dining, fast food, ice cream parlors, and our favorite: pizza joints.

There are plenty of little shops, boutiques, souvenir shops for you to buy something to take away from Dubrovnik. As you walk along the cobblestone street of Stradun, you will find so many unique shops, especially memorabilia from that iconic show “Game of Thrones”.

I hope you find your little nugget of history and beauty when you visit Dubrovnik. I hope you come away with much appreciation for the history that is in abundance in this beautiful and memorable city. It is a history that has overcome so much destruction and devastation over the years. However, the city still stands proud and brilliant.

Planning Your First Trip To Europe: 9-Step Guide Getting You Ready

How to Take Care of Our Mature Skin As We Age

Planning Your First Trip To Europe: 9-Step Guide Getting You Ready

How to Take Care of Our Mature Skin As We Age

It is very important to me to convey the necessity

From Overweight to In Shape - 6 Smart Goal Setting

When it comes to reshaping your body, exercising i

With the nicer weather upon us let’s get motivat

Stay up to date with the latest !

Hi there, my name is Sylvia. Welcome to Sly’s The Limit, where we are celebrating and embracing life.  I created this blog to celebrate women entering midlife.  I want to inspire and empower woman to live life to its fullest.  There is so much more we have to accomplish. We are entering the best part of our lives.

Now let’s have some fun! Learn more about me here!

You can find out more about which cookies we are using or switch them off in settings.

This website uses cookies so that we can provide you with the best user experience possible. Cookie information is stored in your browser and performs functions such as recognising you when you return to our website and helping our team to understand which sections of the website you find most interesting and useful.

Strictly Necessary Cookie should be enabled at all times so that we can save your preferences for cookie settings.

If you disable this cookie, we will not be able to save your preferences. This means that every time you visit this website you will need to enable or disable cookies again.